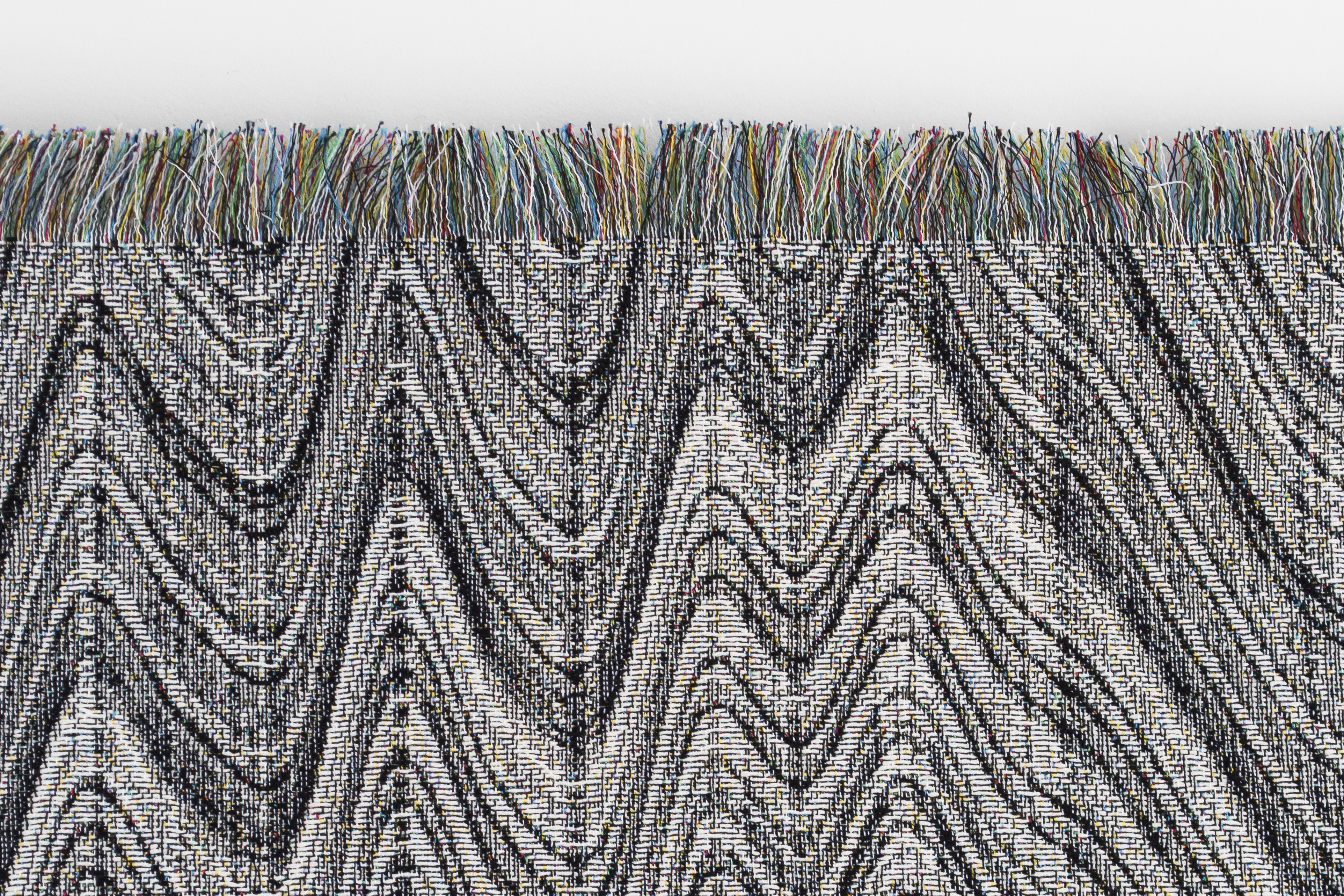 Laura Splan’s interdisciplinary studio practice explores intersections of art, science, technology and craft. Her conceptually based projects examine the material manifestations of our mutable relationship with the human body. She reconsiders perceptions and representations of the corporeal with a range of traditional and new media techniques. She often combines the quotidian with the unfamiliar to interrogate culturally constructed notions of order and disorder, function and dysfunction. Her frequent combinations of textiles with technology challenge values of “the hand” in creative production and question notions of agency and chance in aesthetics. Much of her work is inspired by experimentation with materials and processes (blood, cosmetic facial peel, digital fabrication), which she mines for their narrative implications and untapped potentials. Her recent work uses biosensors to produce data-driven forms and patterns for objects and images as well as for movement with biosensor-actuated apparatus.

The exhibition “Embodied Objects” includes digitally fabricated sculptures, tapestries and works on paper created using (EMG) electromyography readings from Splan’s own body. “Manifest” is a series of sculptures based on readings that measured fluctuating levels of electricity in her facial muscles. Neuromuscular activities associated with experiences of wonder were performed as facial expressions and bodily movements (i.e. smiling in delight, blinking in disbelief, frowning in confusion). Each activity produced unique data that was translated into a curve using custom software written by the artist. Each curve served as a profile for a different 3D printed sculpture for the “Manifest” series. The same data was used to generate the frenetic imagery in the “Embodied Objects” tapestries and “Squint” print series. The imagery was generated by software designed to repeat, rotate, and randomly colorize the EMG waveforms in order to create “weavings” that served as patterns for computerized Jacquard tapestries and archival pigment prints. The computer-generated patterns “weave” the waveforms together in both directions—warp and weft. While the overall image of the print has a geometric, unified, and even tidy form, upon close inspection one can see the chaotic structure of each end of each waveform has been altered “by hand”. Using a stylus pen, the flat zero value at the beginning and end of each vector line has been teased out and reshaped by the artist to create thread-like details among the image. The exhibition examines the potential for objects to embody human experience and to materialize the intangible. Her hybrid process interrogates notions of labor and craft as they relate to material and technology. By combining hand and digital processes with traditional textiles and new media technologies, the work destabilizes how each is categorized and valued. The narrative implications of these categories are mined for their potential to explore how technology, data, and cultural artifacts mediate our understanding of the human body.

Laura Splan’s work has been included in numerous solo and group exhibitions at Museum of Arts & Design (New York, NY), Museum of Contemporary Craft (Portland, OR and Beall Center for Art + Technology (Irvine, CA). Her work has been exhibited widely in the U.S., Iceland, South Korea, England, Germany, Sweden, and Austria, and elsewhere. This is her first solo exhibition in Canada. Commissioned projects for her work have included soap residue paintings for the Center for Disease Control and computerized lace sculptures for the Gen Art New Media Art Exhibition. Her work is in several collections including the Thoma Art Foundation. Reviews and articles featuring her work have appeared in The New York Times, American Craft, and Discover Magazine. Splan’s essays and interviews have been published in Art Practical and the Proceedings of the National Academy of Sciences. She received a Jerome Foundation Grant for research at medical museums. She has been awarded artist residencies at Vermont Studio Center and the Institute for Electronic Arts, and she received a Pollack Krasner Fellowship for the Byrdcliffe Artist in Residence program. Splan has spoken widely at a variety of venues including California College of Art, New York Academy of Sciences, and the Center for Human-Computer Interaction (Austria). She is frequently a visiting lecturer on intersections of Art, Science, and Technology at academic institutions including Stanford University and University of Maine. She lives and works in New York City.

Thanks
Laura Splan would like to thank the ACRE Residency Program (USA) and its Audio/Visual Technical Staff for project assistance and support.