We are living in a new era of visual culture – the post-photographic era. An era characterized by the mass production of images, endless accessibility, immateriality, and vertiginous dissemination . . .

An era in which the image has become promiscuous and the gaze infinite.

No longer are we interested in investigating the technological aspects of such a change, or in measuring how new devices have arrived at the forefront of our perceptions. Rather, we are concerned with observing how our relationship with the image has changed. Today, images occupy completely different roles in our lives.

Such visual overabundance results mainly from photographic production. The emerging visual ideology, painfully christened “post-photography,” has brushed aside many of the camera’s atavistic values. It influences mainly young people, and thus projects the future. Since the turn of the millennium, a second digital rupture has taken place, defined not so much by technological factors, but by cultural, social, and political elements: the pre-eminence of the Internet, social media, and mobile communications.

Given that the content of images is never neutral or innocent, The Post-Photographic Condition offers a visual dissection of the phenomenon from a perspective that is more anthropological than aesthetic. It focuses on the direction of seminal concepts such as truth, memory, archive, documentation, authorship, appropriation, photographic quality, and artistry. The works of the artists on which this critical assessment is based enable us to reshape our experience of contemporaneity and the human condition. 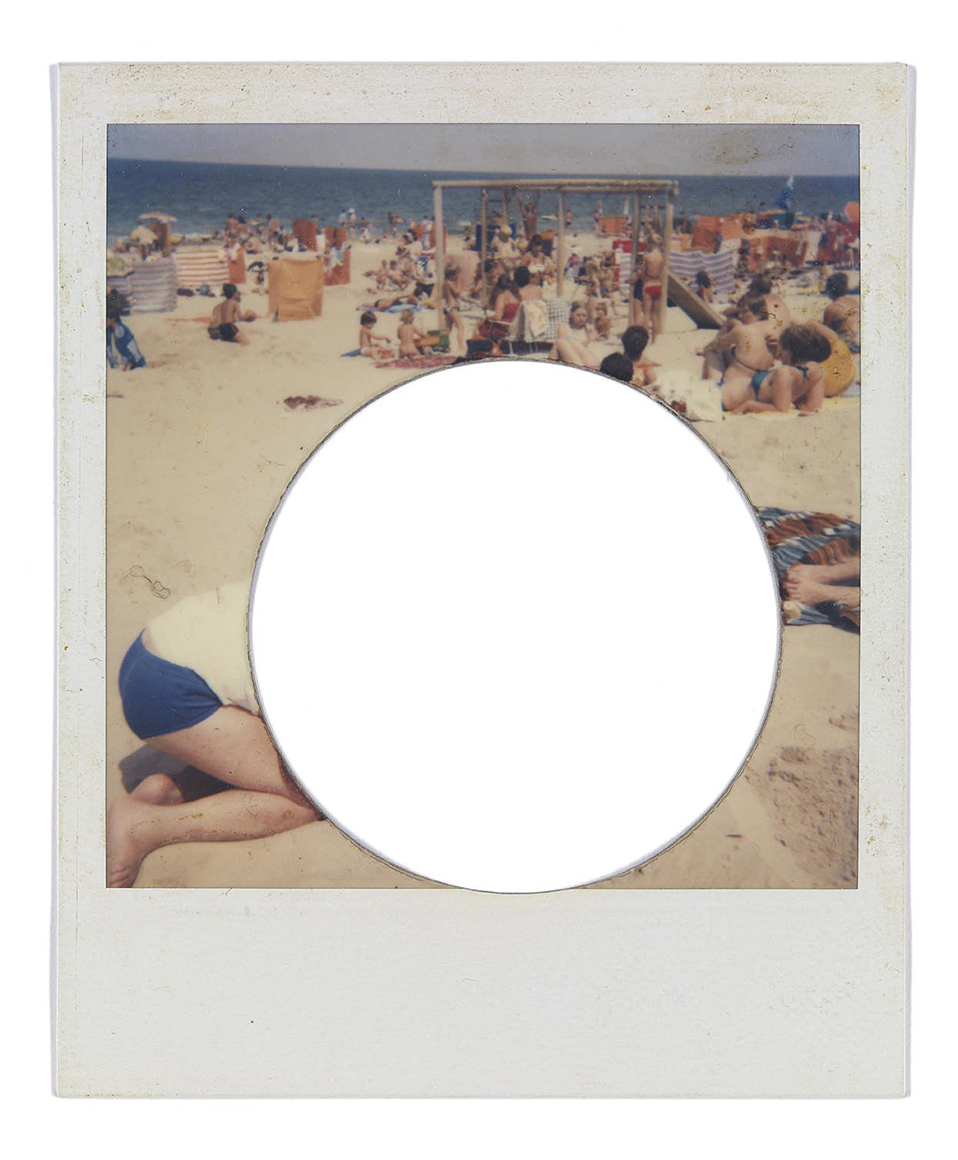 Erik Kessels | All Yours

As a graphic designer, advertising manager, editor, collector, exhibition curator, and artist, Erik Kessels exemplifies the versatile creator of the digital age who engages in the full range of creative activities. In his projects, Kessels pays close attention to the most popular or trivial forms of photography, such as family albums, pornography ads, and commercial documentation, which would normally be rejected by canon-defining museums and institutions. Taking advantage of the extraordinary abundance and availability of images today, Kessels sifts and recycles cast-off materials, like a waste-picker in search of overlooked treasures. The photographs thus recovered, displaced from their original function in a Duchampian gesture, reveal, through their new mise en valeur, an unexpected aesthetic and programmatic background that points toward an ecology of the image.

The All Yours (2015) installation, specially conceived for Le Mois de la Photo à Montréal, is based on Kessels’s books and collections, such as in almost every picture, Useful Photography, Album Beauty, Mother Nature, Models, ME TV, Photo Cubes, Unfinished Father, and Bombay Beauties, and on more recently collected, previously unpublished materials. The first two of the published works, both commenced in 2001, are the most ambitious. In almost every picture (2001–15) is a long-running photography book series that focuses on storytelling with vernacular photography. Useful Photography (started in 2001) is a monographic magazine focusing on overlooked and underwhelming images taken for practical purposes. The photographs in this magazine are collected and edited by Hans Aarsman, Hans van der Meer, Julian Germain, and Erik Kessels himself.

Erik Kessels was born in 1966; he lives and works in Amsterdam. He has presented numerous exhibitions, including at Fotografia Europea in Reggio Emilia (2015), Centquatre-Paris (2014), Les Rencontres d’Arles (2014), the Victoria and Albert Museum in London (2013), Pier 24 Photography in San Francisco (2014–15) and the Images – Festival des Arts Visuels in Vevey (2014). As an artist and photography curator, Kessels has published several books of his “collected” images: Missing Links (1999), The Instant Men (2000), In Almost Every Picture (2001–15), and Wonder (2006). Since 2007, he has curated exhibitions, including The European Championship of Graphic Design, Graphic Detour, Loving Your Pictures, Use me Abuse me, 24 Hours of Photos, and Album Beauty. In 2010, he received the Amsterdam Prize of the Arts, and in 2012 he was elected the most influential creative in the Netherlands. Since 1996, he has been creative director of the KesselsKramer communications agency in Amsterdam. 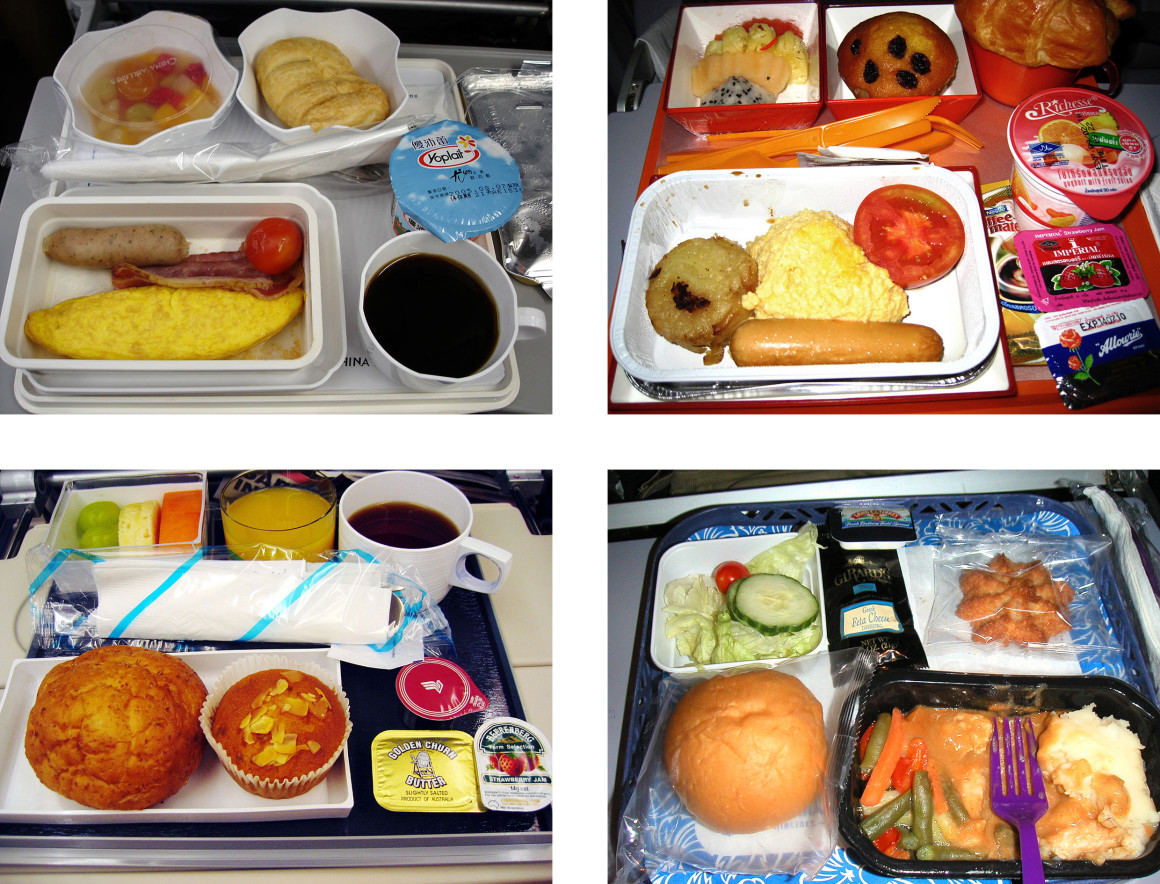 Berlin-based artist Joachim Schmid, who has been concentrating on the recycling of vernacular photographs since the early 1980s, is a living embodiment of the visual scavenger. With the advent of the digital age, he has shifted his practice to the Internet, where he continues to ponder the future of photography in a globalized culture. In the current context of frantic and furious proliferation of images, Schmid aligns himself with fellow artists who seek to tame images and keep them in line.

His series Other People’s Photographs (2008–11) takes the form of a set of ninety-six self-published books, each of which contains a selection of photographs found on the Internet and classified according to specific, nonsensical, odd criteria. Schmid notes that when images lose the thread of their origins, their incontinent production leads us into utter chaos. When this happens, the artist’s mission is to restore order – or at least a possible order, accompanied by a maliciously knowing wink. This provokes confusion in the naive and complicity in connoisseurs capable of savouring a caustic parody of the “official” classificatory methodologies of historians and museums.

Each volume of Other People’s Photographs brings together diverse elements on the basis of some unifying factor – however arbitrary and absurd it may seem – and thus suggests possible ways of categorizing the world. Schmid essentially mocks the supposed coherence of a theory of the catalogue and the archive, and he recovers for post-photographic culture the encyclopedic will of D’Alembert and Diderot, mixed with the paradoxical pedagogies of Borges.

Joachim Schmid was born in 1955 in Balingen; he lives and works in Berlin. His works have been presented in solo and group exhibitions at Lieu d’Art et Action contemporaine de Dunkerque (2015), the Museum Folkwang in Essen (2014), the Fotomuseum Winterthur (2014), the Gagosian Gallery in New York (2013), the Musée de l’Elysée in Lausanne (2012), the Museo di Fotografia Contemporanea, Cinisello-Balsamo/Milan (2012), the Cleveland Museum of Art (2012), the Centre de la photographie Genève (2010), Les Rencontres d’Arles (2008), and The Photographers’ Gallery in London (2007), among others. He published over one hundred artist’s books. His works can be found in public collections, such as those of the Bibliothèque nationale de France in Paris, the Daelim Contemporary Art Museum in Seoul, the Stedelijk Museum Amsterdam, the Maison Européenne de la Photographie in Paris, the San Francisco Museum of Modern Art, and the Pitt Rivers Museum in Oxford. He is represented by Galerie Alain Gutharc in Paris and by P420 Arte Contemporanea in Bologna. 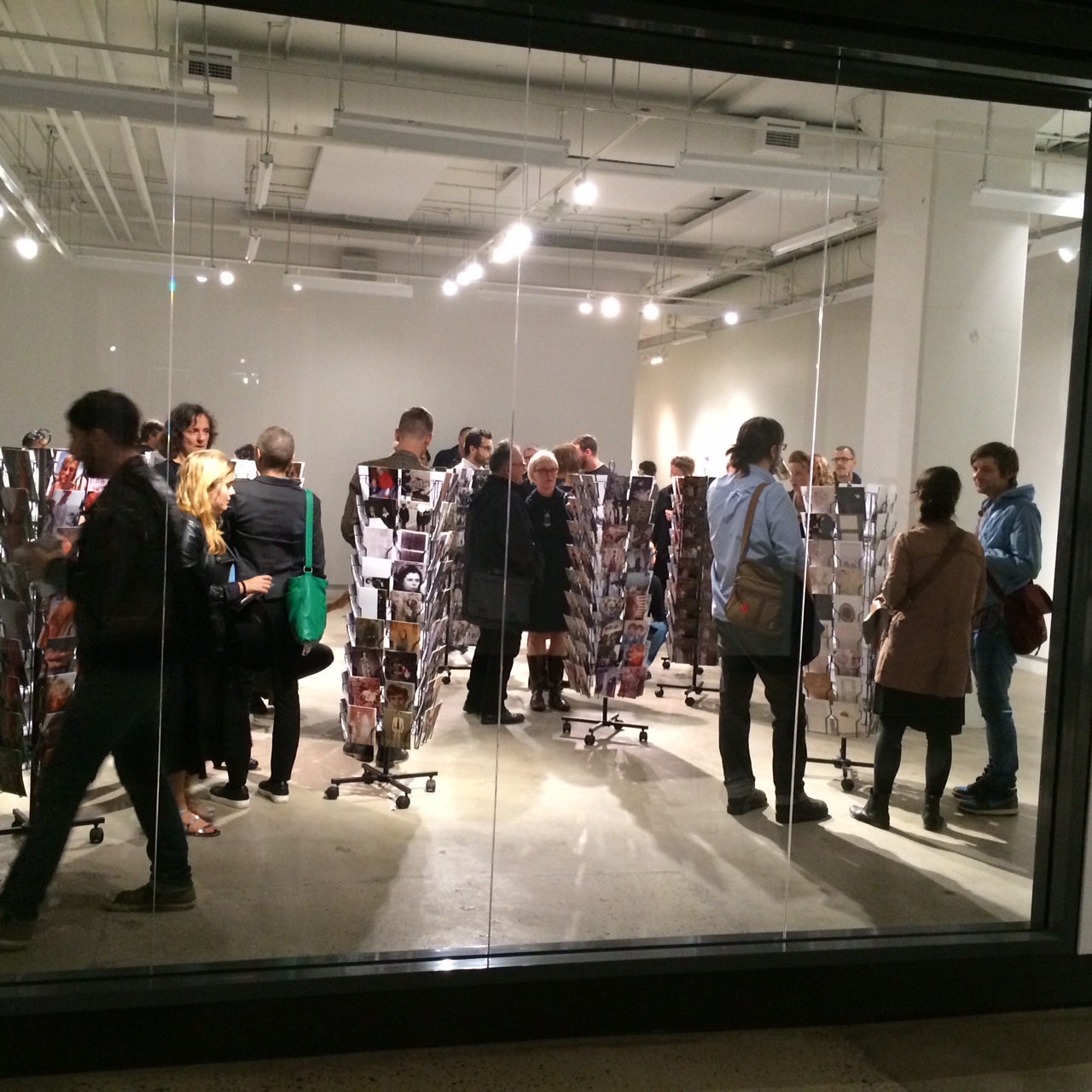 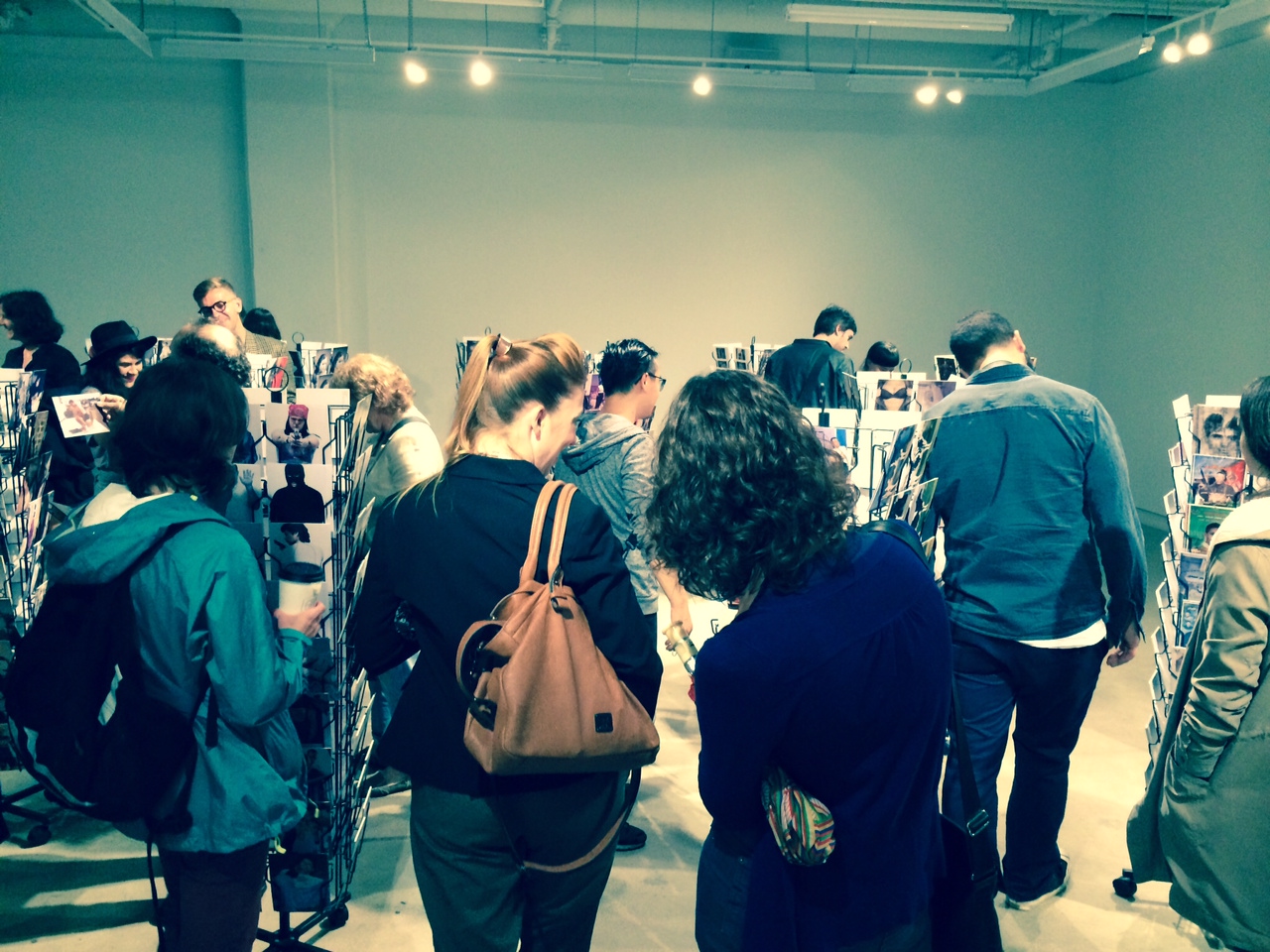 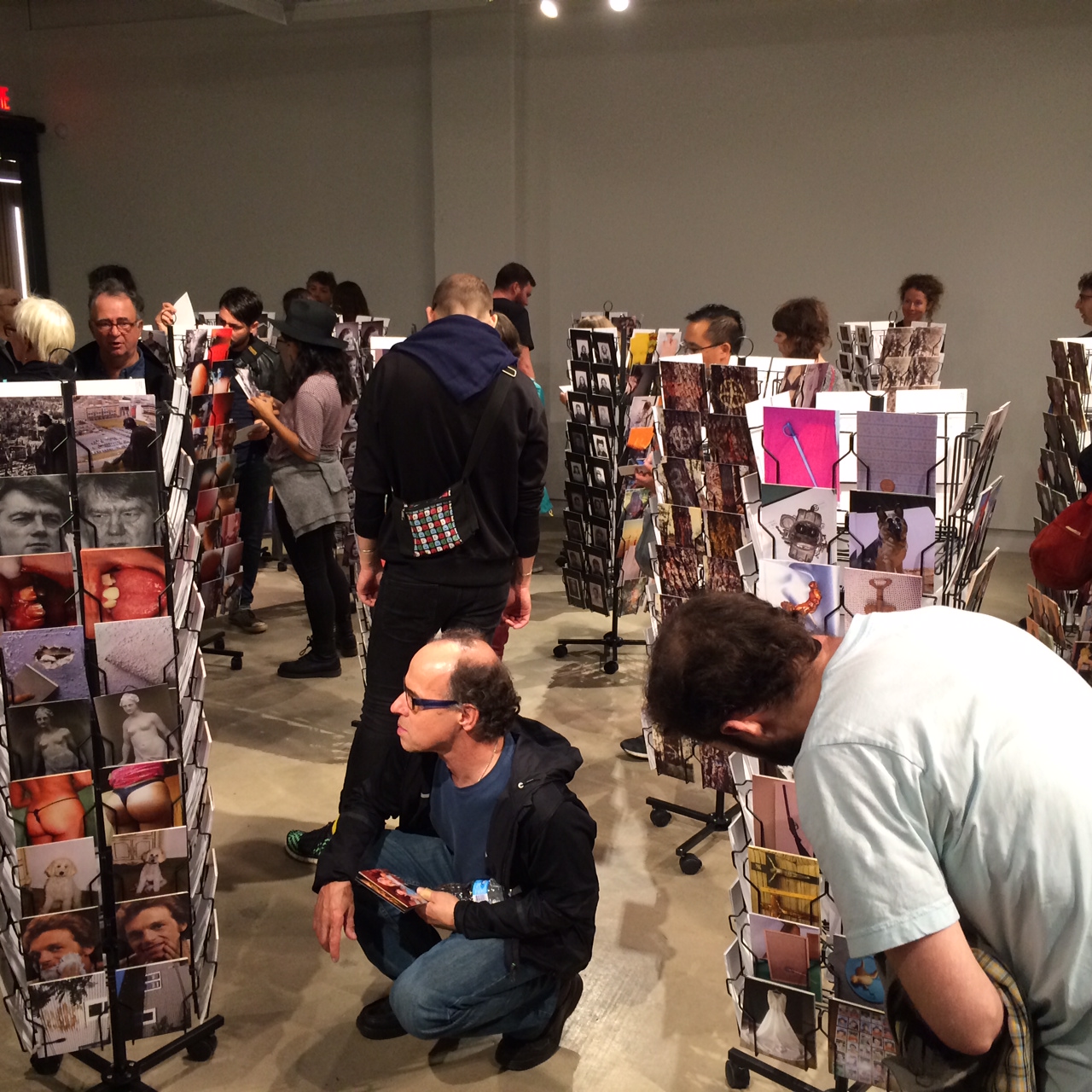 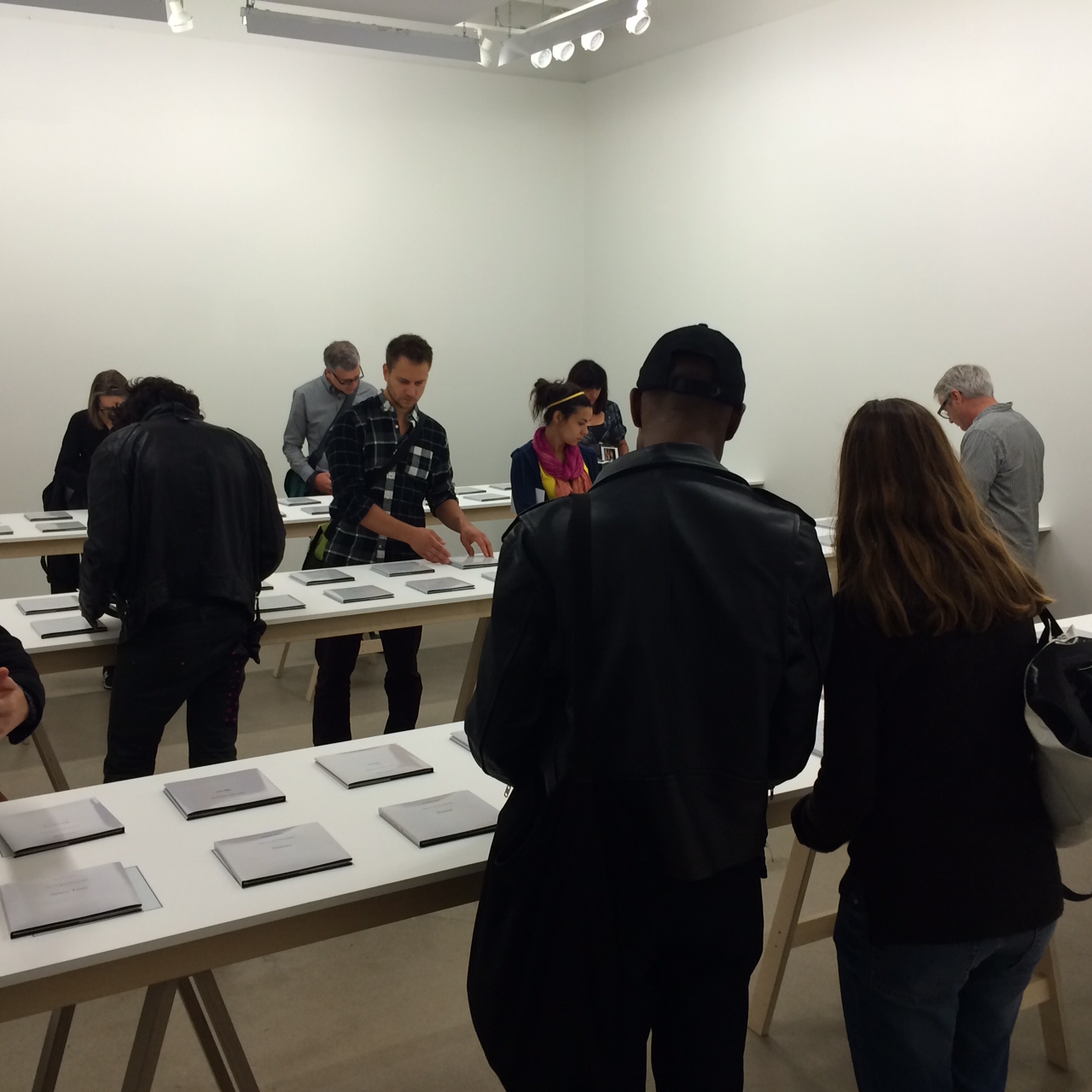 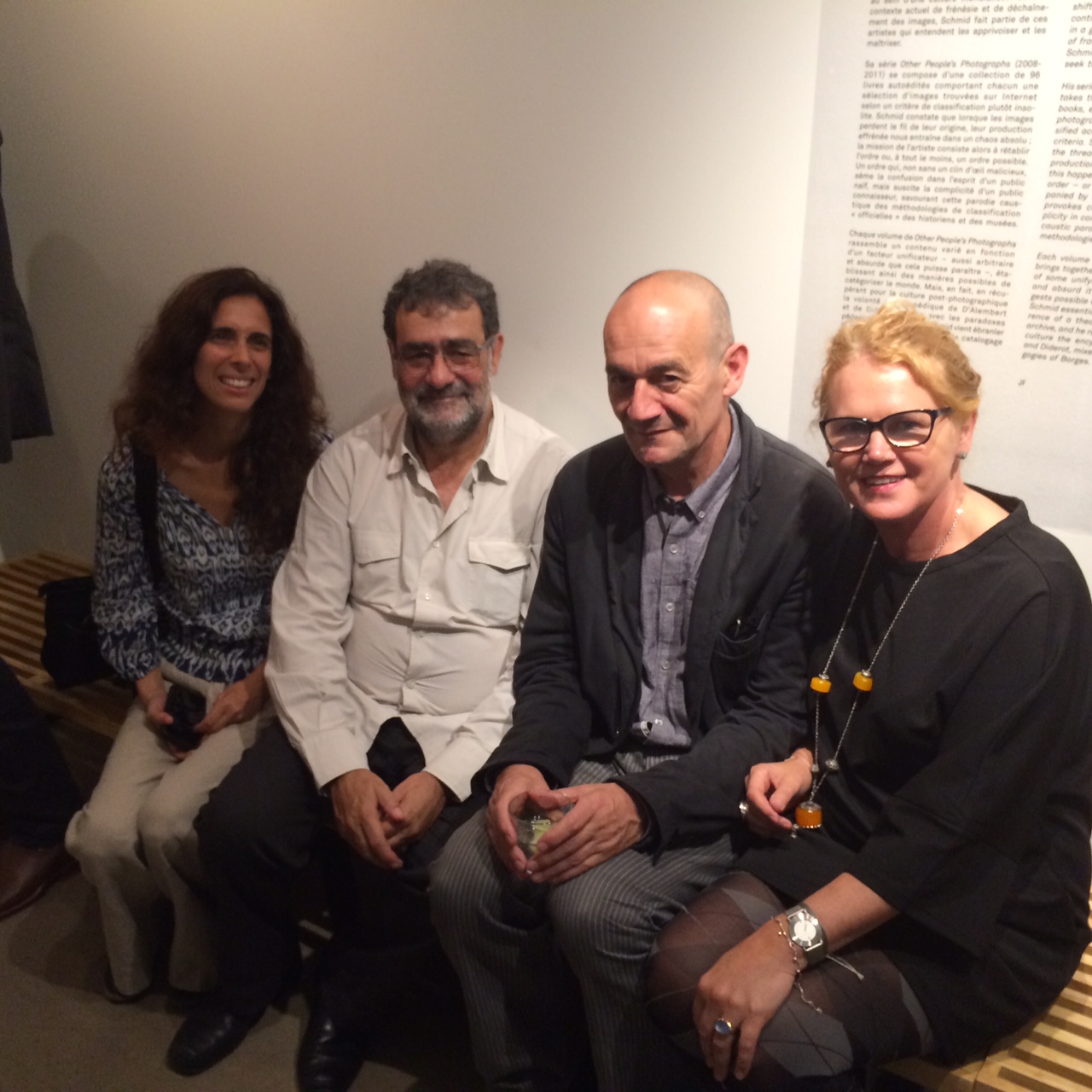 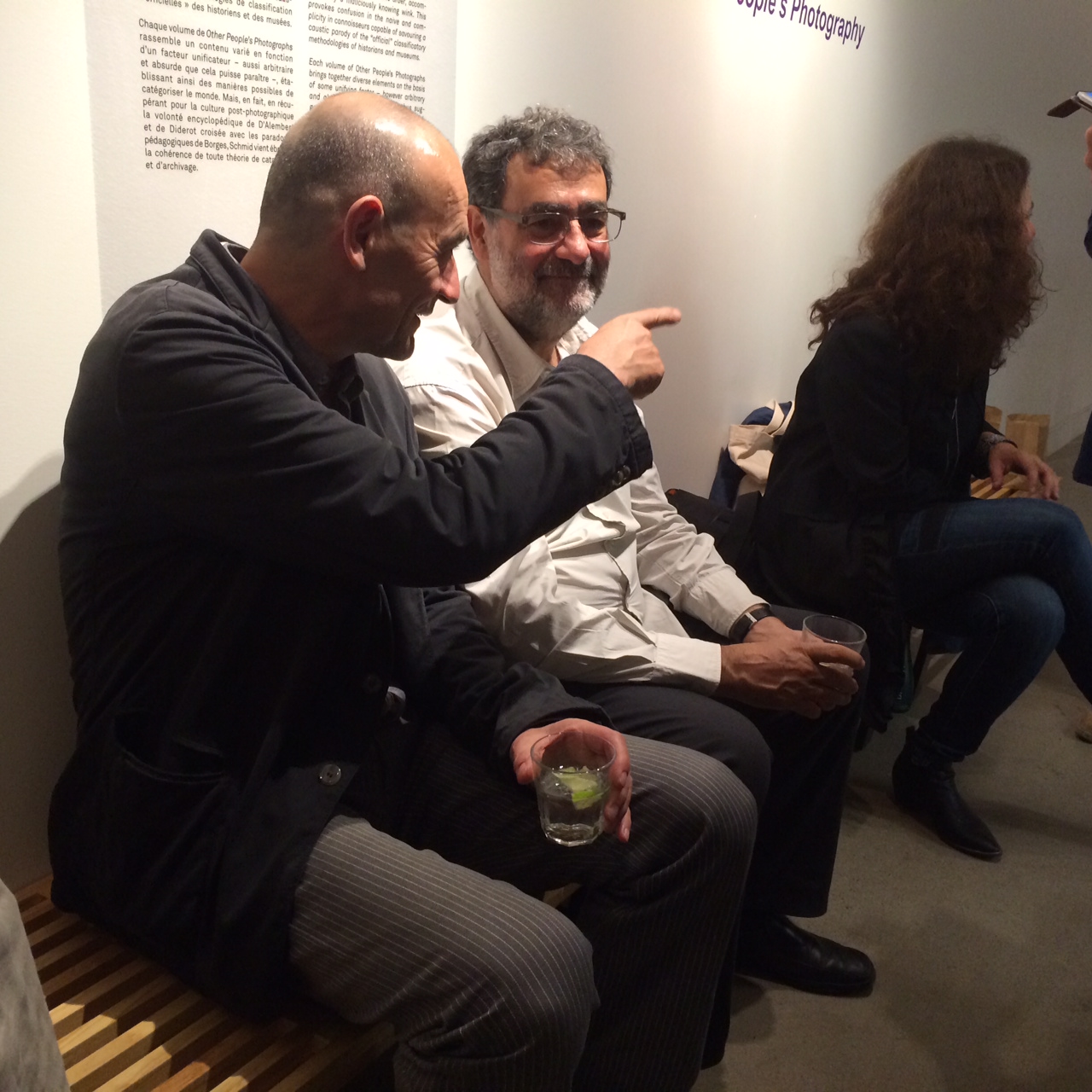