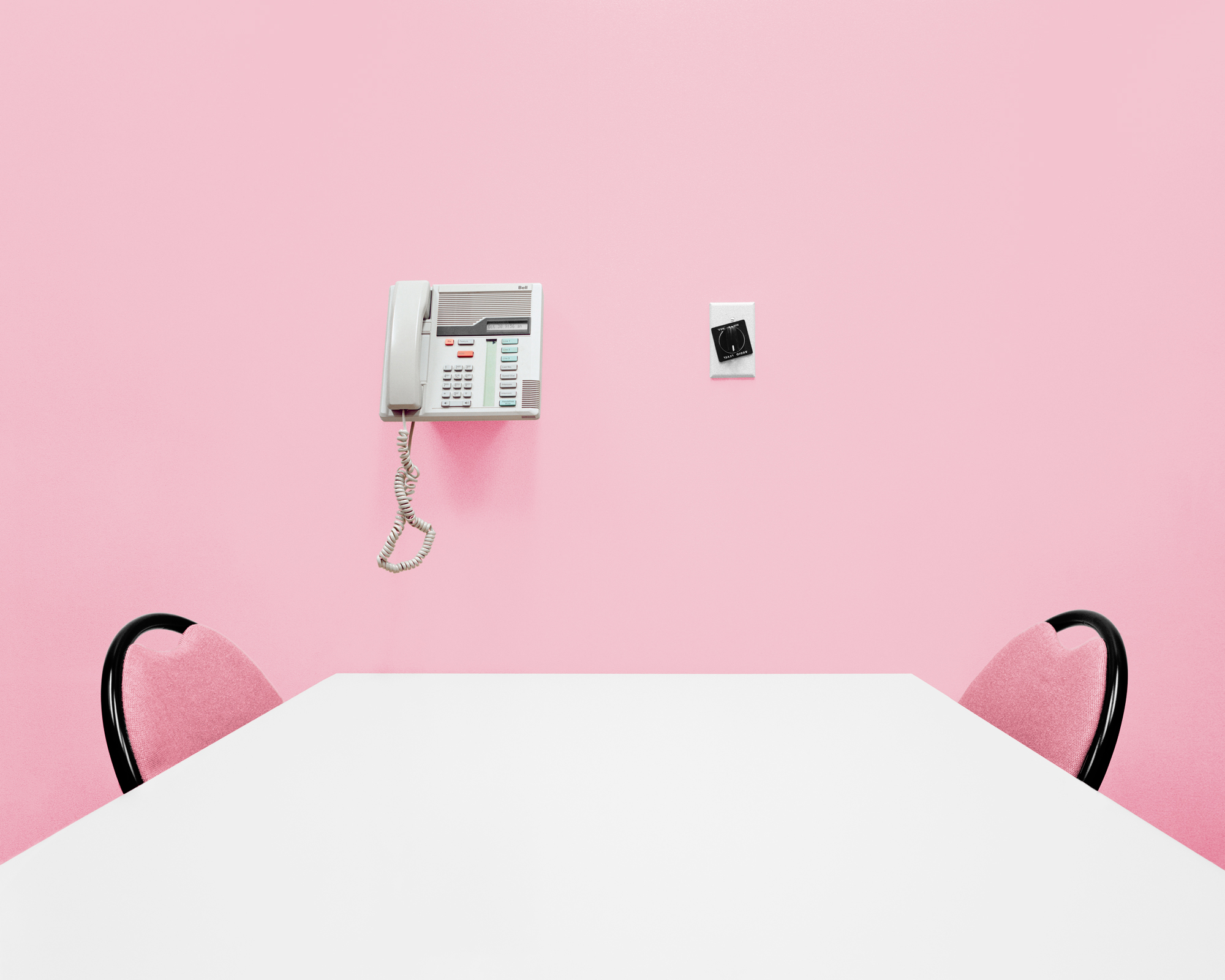 Office Space consists of large-scale photographs produced in institutional and governmental spaces. Using office furniture and decor as props, varying degrees of mise-en-scène are employed to create uncanny, empty sets. In these semi-fictional environments, the viewer’s sense of the real is disoriented through the manipulation of colour and form, revealing the tensions between reality and photographic representation. Through these obsessive and neurotic interventions, the frustration, rigidity, and absurdity of bureaucracy is revealed and made relatable through a collective experience of office politics and interactions.

Matthew Brooks is a Montréal-based artist originally from Winnipeg, Manitoba. He holds a B.F.A. in Photography from Concordia University and is currently an M.F.A. candidate in Studio Arts at Concordia University. He was named the 2017 recipient of the Lande Award in Photography as well as the 2018 recipient of the Roloff Beny Foundation Fellowship in Photography. His work has been recently included in group exhibitions at the Leonard & Bina Ellen Gallery, Centre Skol, Galerie B-312, and Galerie POPOP. In April 2017, he presented a new large-scale public artwork in New Westminster, BC for the Capture Photography Festival which was on display until March 2018. His work has been published in print and online in publications such as Magenta Magazine, Lenscratch, It’s Nice That, Huffington Post, FotoRoom, and Ain’t Bad Magazine among others. His work is included in the Capital One corporate collection as well as private collections.